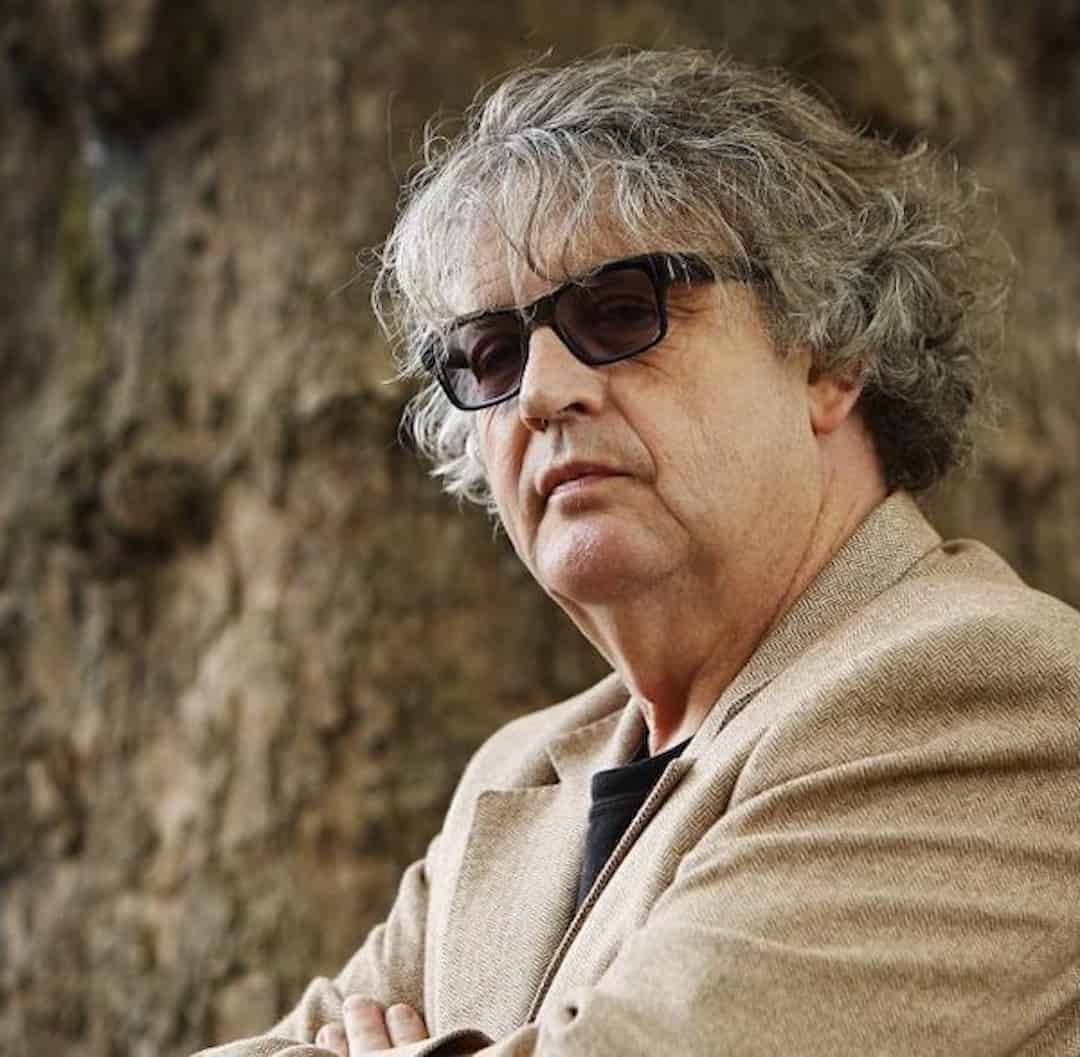 Paul Muldoon (Ireland / USA) read at the 2011 John Hewitt International Summer School, alongside Jorie Graham. Wearing his musician’s hat, for the 2015 Summer School Paul appeared on stage with Paul Brady, the Horslips and the Holy Ghosts. That same year at the Summer School, he was interviewed by Adrian Moynes. At the 2018 John Hewitt Birthday Reading Paul read alongside Michael Longley. The John Hewitt Society is deeply appreciative that Paul’s poem, ‘Nativity 2020’, should be making its debut on the Poetry Clips Archive.

Paul was born in 1951 in Portadown, Co. Armagh, and was raised near The Moy. He now divides his time between Ireland and his home in America. Paul attended Queen’s University Belfast, and John Hewitt, then poetry editor of “Threshold”, was the first to publish Paul’s poems. He has, of course, gone on to be recognised as one of the world’s leading poets and was described by TLS as “the most significant English-language poet born since the Second World War.”

Paul served as the Professor of Poetry at Oxford from 1999 to 2004 and was Poetry Editor of “The New Yorker” from 2007 to 2017. He has taught at Princeton since 1987 and was the Founding Chair of the Lewis Centre for the Arts. He is a Fellow of the Royal Society of Literature, the American Academy of Arts and Science, and the American Academy of Arts and Letters. His awards are numerous and include an Eric Gregory Award (1972), the 1994 T. S. Eliot Award, the 1997 Irish Times Poetry Prize, the 2003 Pulitzer Prize for Poetry, the 2003 Griffin International Prize, the 2006 European Prize for Poetry, and the 2017 Queen’s Gold Medal for Poetry.